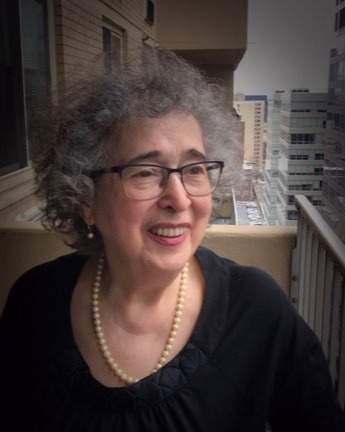 Rosemary Petracca Cappello, October 8, 1935-September 13, 2022
Rosemary Petracca Cappello, 86, a longtime resident of Philadelphia—the city she loved—and
before that, Darby, PA, where she was known in the 1970s as “The Poet of Darby Creek,” died
Tuesday, September 13, 2022, at the Penn Hospice at Rittenhouse after being cared for at home
for six months by her beloved family and by an extraordinary Penn Medicine Hospice Team.

Born in Llanerch, PA, on October 8, 1935, she was the youngest of six children to Giovanni
(John) Petracca, a shoemaker and musician from Teano (near Naples), Italy, and Rose Arcaro,
whose large family of green grocers hailed from Italy’s Campobasso region.
An intellectual and deeply learned person dedicated to the life of the mind, Rosemary was also a
pianist and watercolorist known for her bold floral designs and abstract energies.

A prolific poet and life-long writer of essays, articles, opinion pieces, and film reviews, an avid
letter-writer, captivating raconteur, and fundamentally a performer, Rosemary was also the
founding editor and creator of Philadelphia Poets, which she produced for decades from a corner
of her bedroom in her Center City apartment. Rosemary was a celebrated organizer of readings
and community events mostly in Philadelphia, Pennsylvania. She had a knack for bringing
people of all walks of life, ages, creeds, and cultures together in the name of poetry and literary
art, and for giving people voice.

She authored numerous poetry chapbooks on a wide range of subjects, and in her 84th year, her
first full-length collection of poetry, Wonderful Disaster appeared from Bordighera Press, soon
followed by The Suitcase Poems (Moonstone Arts Center). Her poetry was translated into several
languages, and other art forms, including painting and music.

Rosemary revered the Sisters of Notre Dame from whom she learned about the relationship
between spirituality, meditation, and literary art at Notre Dame High School in Moylan, PA. A
feminist, she counted as her role models her paternal grandmother, Giuseppina Conte, a weaver,
and Dolly Banks, an executive at WHAT Radio, known as “the Voice of the African-American
Community,” where she had her first job out of high school, and where she met such formidable
figures as Eartha Kitt and Joe Lewis. In her late forties, encouraged by the Widener Way for
Women Program headed by Dena Mathews, she earned a BA in English and Cultural
Anthropology, graduating summa cum laude at Widener University, where she won numerous
awards and scholarships. Returning to professional life after her divorce, she worked as a
secretarial assistant for several different engineering and law firms.

Rosemary was known for her essential (and contagious) joie de vivre; she was a lover of flowers,
pearls, opera, film (especially Classic Hollywood cinema), food, art, people, and all that is good
in life. Able to find the good in people, she believed to the end of her life that kindness would
prevail.

Along with her parents, she joins her siblings, all of whom preceded her in death: Eleanor (Sister
Eleanor Therese); Beatrice (Sister Loretta Francis); Josephine, Anthony, and Frances; her former husband, and later, friend, Joseph Salvatore Cappello, and her long-time partner and soul-mate, Sidney Shupak.

She is survived by and will be forever held in loving memory by her son, Joseph F. Cappello and
his wife, Sybil, of Springfield, PA; her son, Anthony Cappello of Philadelphia; and her daughter,
Mary Cappello and her spouse, Jean Walton, of Providence, RI; her grandchildren, Ilia, Joey, and
Ava, and her great grandson, Hayden Weiser; as well as numerous nieces and nephews,
including her beloved god-child, Peggy Ann Petracca. She is also survived by a vast community
of friends—her chosen family—that she cultivated across the course of her long and beautiful
life. She will also be missed by her former companion, John Costanza, and his daughter, Nina.

Rosemary was especially indebted in the final years of her life to Macaira Koch, a founding
partner of Your Place, Your Way, and to her uncommonly dedicated Physician, Dr. Christine
Pluta.

Rosemary’s ashes will be buried in the Petracca family burial plot in St. Denis Cemetery.

In lieu of flowers, donations may be made in Rosemary’s name either to: Bordighera Press; https://bordigherapress.org/ or
Larry Robin/Moonstone Arts Center; https://moonstoneartscenter.org/ or Penn Medicine/Penn Hospice at Rittenhouse; https://giving.apps.upenn.edu/fund?fastStart=simpleForm&program=MC&fund=602698&appeal=PMWEB.

To order memorial trees or send flowers to the family in memory of Rosemary C. Cappello, please visit our flower store.