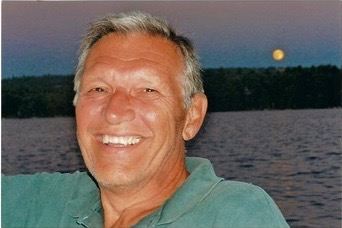 Robert Paul Schmidt, 78, of Phoenixville, Pennsylvania and Raymond, Maine, passed away on July 6, 2022, after a courageous 11-year battle with Corticobasal Degeneration, a form of Parkinson’s Disease.

Bob was born on October 21, 1943, in Linden, New Jersey to Albert and Dorothy Schmidt. He graduated from Linden High School in 1961. He attended Elon College and Upsala College and served in the Naval Air Reserve from 1966-1972. He worked for Towers Perrin in Philadelphia for over 30 years.

He is survived by his loving wife, Mary Jean (nee Fairchild) of 53 years, a son Jeffrey, daughter-in-law Robin, and granddaughter Payton of Exton, Pennsylvania, his daughter Karen Gately, son-in-law Patrick, and grandchildren Tess and Paul, of Downingtown, Pennsylvania, and many loving family and friends.

Bob will be remembered by those who knew him for always showing up for people. He never missed a sporting or theatrical event of his children and grandchildren.  Always well-dressed, he would walk every house guest to the front door when they would leave his home. Family gatherings were his favorite as Bob celebrated Christmases with a passion. He spent much of his free time golfing, driving his Saab, drinking his scotch and smoking his pipe. His happiest place, Panther Pond, holds memories of him swimming, fishing with his children and grandchildren, waterskiing and teaching so many guests. He spent time volunteering on the lake to keep the water clean for his grandchildren to enjoy. Bob, the master of “do it yourself,” researcher of all topics, who loved dancing despite lacking rhythm, will be greatly missed.

Arrangements will be private. In lieu of flowers donations can be made in his name to The Panther Pond Association at 52 Lakeside Drive, Raymond, ME 04071, or CurePSP at 1216 Broadway, 2nd floor, New York, NY 10001.

To order memorial trees or send flowers to the family in memory of Robert P. Schmidt, please visit our flower store.