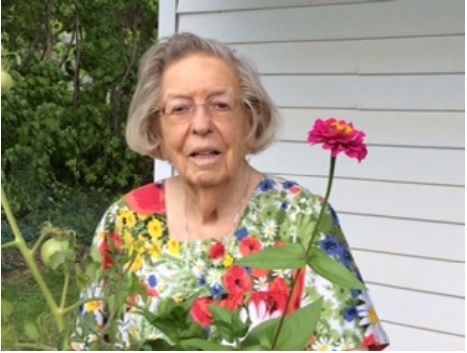 Strange, Odeena “Dee” Marie Jensen, passed away August 8, 2022 in Media, PA. Odeena was born in Ketchikan, Territory of Alaska to the late Odin Julian Jensen and Ingeborg Anderson Jensen on January 3, 1921. Odeena attended Ketchikan public schools and graduated from Ketchikan High School, Class of 1938.  Her pursuit of higher education at the College of Puget Sound was interrupted by the advent of World War II.  She left college to help care for her two younger sisters who were relocated to the Seattle area due to parental concerns about the safety of living in Alaska during the war.  She resumed her education post war and earned bachelor’s AND master’s degrees from San Francisco State College.   Odeena taught school in California for several years (and found it hysterical that beginning in her 90’s the California Teachers Pension Board demanded annual proof that she was in fact still alive). She became a teacher and administrator abroad in US Army Dependents schools.  Odeena taught across Europe and Asia and experienced many adventures “as a blonde driving my Volkswagen Bug on the autobahn”.  While traveling during a school holiday in Asia, she encountered a handsome Army Lt. Colonel on a flight to Korea.  When the answer to “is that seat taken?” was a “no” she found both a place to sit and her future husband.  Together, she and John continued fine adventures including an Army posting in Cold War Afghanistan, where she was a substitute teacher in US Army school and experienced exciting episodes near the Soviet Union border.

Odeena and John retired out of the Army in 1968 and returned to his family home in Grays Valley, PA.  John continued working for Gannett Fleming Engineers for many years.  Full retirement for both meant days working in their abundant gardens, fishing and hosting friends and family.  Odeena was a past member of the American Association of University Women, Corey Creek Golf Club and Sullivan State Road Baptist Church.  She enjoyed her “rug braiding ladies”, sewing and teaching Sunday School. Odeena was very much the family matriarch and was lovingly referred to as “The Queen Mum”.  She was the cheerleader for, and the taskmaster to, several generations.

Odeena was the big sister to brother James “Jim” Jensen and sisters Betty Anne Campbell (both deceased) and Hildred Yost.  Odeena was proud that brother Jim and his wife Janet had asked her and John to serve as surrogate parents should anything happen to them.  After Jim’s early death in the 1980’s, Dee stepped forward to provide extra love and support to the four Jensen kids and their resulting generations. She was preceded in death by her husband, Lt. Col. (Ret.) John G. Strange and is survived by stepdaughter Shelly (David) Hamel and family, sister Hildred Jensen Yost, and many nieces, nephews, and their families, and her beloved caretaker Amy (Bill) Hartman.  The family would like to express their greatest appreciation to Amy Hartman, Sylvia Thompson and Kathleen Kane.  Messages may be shared with the family via:  Hildred Yost, 944 Everett Street, El Cerrito CA  94530.  Internment will be at a future date at State Road Cemetery, Mainesburg PA.

To order memorial trees or send flowers to the family in memory of Odeena Strange, please visit our flower store.