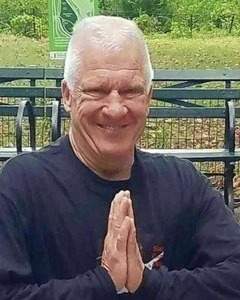 STONIS JOHN C. 70, passed peacefully at his home in Old City, Philadelphia on October 27, 2022. Born in Fort Monmouth, NJ, he moved around as part of an Army family, eventually settling in Yardville, NJ. He was proud to be a Sunnybrae kid and loved Little League and Boy Scouts. A co-valedictorian of Hamilton High-West Class of 1970 and member of the football team, he graduated from the Medill School of Journalism at Northwestern University. He taught briefly at Oklahoma State and then pursued a career in radio in New Mexico, Washington and Eugene, OR where he was renowned for his pithy, probing news reporting. His talents led him to a long career at WYSP-FM in Philadelphia as a Research and IT Director, where he developed a lifelong love of the Phillies and Eagles. John was a devoted member of the Landskaters Inline Skate club, logging thousands of miles around the city, including skating in several Mummers Parades and competing in two Athens-to-Atlanta skate marathons. More than anything, he will be missed as always being the true life of any skate, party, concert or just a walk down the street. Especially in retirement, John had a passion for reading, writing and the open road. He loved completing crossword puzzles and planning his next road trip on his motorcycle or in his van to visit friends, family or to catch a music festival in the mountains or out West. John was privately devoted to Buddhist beliefs and meditation, and his mantra of "Peace, Love and Light" had a profound impact on his own life and on many others. He is preceded in death by his parents Elizabeth "Betty" Kohl Stonis and Master Sergeant Albert Arthur Stonis. He is survived by his son Peter, daughter-in-law Susie and his beloved granddaughter, Marisa of Tulsa, OK; his sister Celeste and brother-in-law Dennis Blose of Robbinsville, NJ; cousin Richard Matlack of Los Gatos, CA. A Memorial Service will be held Saturday, November 26th from 4:00-5:00 P.M. at the Philadelphia Ethical Society, 1906 South Rittenhouse Square, Philadelphia, followed by a celebration of John's life at 6:00 P.M. at RUBA, 416 Green St, Philadelphia. In lieu of flowers, please consider a contribution to your favorite charity in memory of John.

To order memorial trees or send flowers to the family in memory of John Stonis, please visit our flower store.