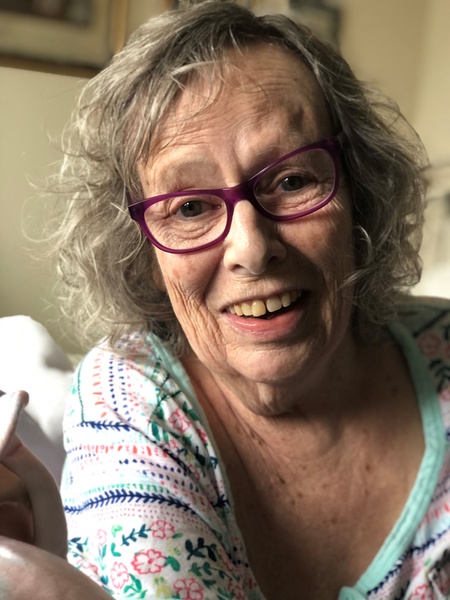 A memorial service celebrating Betsy’s life will be held on Friday, May 13th from 1-3pm at The Watermark at Logan Square, Two Franklin Town Blvd., Philadelphia, PA 19103

In lieu of flowers, donations in her memory may be made to the PA Coalition Against Domestic Violence  www.pcadv.org or a DV shelter of your choice.

Betsy Burke, 73 of Philadelphia, passed away peacefully at her home, holding her daughter’s hand. Born to Irish immigrants in Pittsburgh, PA, (Ellen and John J. Burke), she spent her life and committed her professional vocation to helping others. She was a fierce advocate for equality and women’s rights, dedicating more than 30 years of her career to assisting victims of domestic violence. She was described as a pioneer and trailblazer in the field and was recognized as the driving force behind Pennsylvania’s domestic violence and health care movement in the 90s. She spoke nationally and internationally on universal healthcare screenings and was regarded as an expert in healthcare’s response to domestic violence. Her work was recognized by The Family Violence Prevention Fund and she received a prestigious financial award from the Robert Wood Johnson Foundation Community Health Leadership.

Betsy suffered a catastrophic stroke in 2018 and fought valiantly to regain her speech and mobility. When she was able to live independently, she moved to The Watermark in Philadelphia, where she thrived and flourished, making friends with everyone she met!

Betsy’s proudest accomplishment was her family. She raised her three children in rural Bradford County, PA, on an organic goat farm, where she shared her love for animals, sustainable gardening, music and cooking. She was an even more dedicated grandmother and GiGi. Although she did not obtain her first passport until she was in her 40s, she quickly made up for lost time and traveled the world, including a two-week solo trip throughout Indonesia. She enjoyed family beach vacations in the Outer Banks and Ocean City, NJ, surrounded by the people she loved. In Philly, you could find her handing out dog treats at Baldwin Park, brunching at Sabrinas or listening to music and watching children play at Sister Cities Park.

Betsy was beloved by her family and friends and will be remembered as fearless, adventurous, courageous, outspoken, funny, loving and her laugh – so joyous – ready to see the absurdity of life and roll with it!

To order memorial trees or send flowers to the family in memory of Betsy Burke, please visit our flower store.