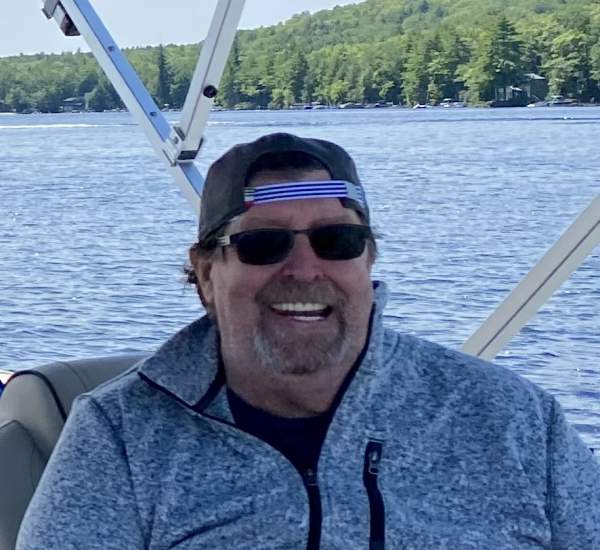 Robert “Glenn” Shelmire
Glenn Shelmire passed away December 22, 2021 after a short but brave fight against cancer. He was 68 years old. He was preceded in death by his parents Jim and Marge and his brother,  Jim and sister Kathy.
Glenn was born and raised in Southampton, PA. As a child Glenn loved to ride his horses and  spent time helping his father at their gas station. He moved to Florida after graduating from high school to work with friends at a boat marina. Glenn later started his own landscaping business,  eventually moving to Arkansas to work on his friends’ cattle ranch. Glenn moved back to  Pennsylvania in 1991. He met his wife, Ginny at their 20th high school reunion. They married  shortly after and Glenn became a father to her two children. He worked as a salesman for  many years at boat and car dealerships.
Glenn was one of those people who made friends with everyone he met. He always had a  smile on his face and his story telling was renowned…just ask anyone who knew him. Glenn  loved the beach, fishing and boating and spending time with family and friends. He enjoyed the many family vacations they spent on the water. Glenn is survived by his loving wife, Ginny;  daughter Marlo (Jason) and grandsons Luke and Ethan, son Marcus and grandson Tanner and  his trusty companion Ozzie. Also, sister-in-law, Mary, nieces Melissa and Meghan and their  families and nephew, Kevin.
Due to Covid concerns, a celebration of Glenn’s life will be held in the near future where family  and friends can share their memories of him. In lieu of flowers, donations may be made to  Flying Fur Animal Rescue, P.O. Box 1, Kintnersville, PA 18930.

To order memorial trees or send flowers to the family in memory of Robert Glen Shelmire, please visit our flower store.